Given the major costs implied by performing such new large dimension production units, by using nuclear technology, the refurbishment technology is attractive for the owner of a nuclear unit. the main advantage of such option is that, at the end of the refurbishment, the owner will be in the possession of a nuclear unit capable to operate on project parameters for another cycle of life (25 – 30 years), for costs situated around 40% of the ones which might be implied by building a similar new objective. In addition, the refurbishment is more beneficial than building a new capacity through the fact that the period necessary for effective refurbishment works is significantly shorter, estimated, based on information available starting right now, in between 24 and 30 months.

The refurbishment of Unit 1 CNE Cernavoda was approved by the SNN shareholders through the Decision no. 27/23.12.2013. 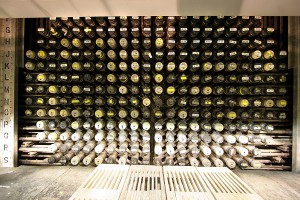 Unit 1 from CNE Cernavoda was commissioned on December 2nd, 1996. According to the evaluations made until the moment, due to the fact that it was commissioned at a capacity use factor of approx. 90% since the start-up, superior to the project one (80%), Unit 1 will reach the limit of 210,000 operating hours at nominal power at the end of 2023, after approx. 26.6 years of operation since the start-up, approx. 3,4 years before reaching the maximum life span estimated for 30 years, on maintaining the a capacity factor similar to the one reached until the present time, for the rest of the period. The operation, at a capacity factor higher by 10 percentage points was possible due to the project improvement implemented in time as well as the judging method of operation and maintenance.

In this context, SNN analyzed the international experience and practice from other nuclear units type CANDU 6 and identified the opportunity of extending the number of operating hours beyond the 210,000 provided by the project, under nuclear safety conditions and efficiency in operation.

Periodical studies and inspections regarding the behavior in time of the components of Unit 1 and regarding the monitoring of degrading mechanisms associated to „time – limiting” components, respectively reactor’s pressure tubes, allowed, at the end of the year 2015, for Candu Energy to estimate as life expectancy for these at Unitatea 1 CNE Cernavoda to reach at least 220,000 – 230,000 operating hours at nominal power.

The extension of the number of initial operating hours of Unit 1, entails, first of all, the performance of certain studies and analysis, resulting the number of operating hours at nominal power to be reached by the unit, by fully complying with the requirements and standards of nuclear security.

A longer operating period has positive effects on the preparation and development of refurbishment works by:

The extension of the operating period for the unit after over 210,000 operating hours considered as design hypothesis, does not represent a conditioning of initiating the re-tubing and refurbishment works unless there is the possibility of extension which automatically leads to postponing the effective initiation of interruption for re-tubing/refurbishment.

By Decision no. 9/28.09.2017, the SNN shareholders approved the initiation of phase I of the refurbishment strategy of Unit 1 CNE Cernavoda, respectively the phase including the preparation works and termination of all studies, including regarding the extension of the operating hours number, step to be terminated with the submission for approval from the GMS of the feasibility study.

According to the study regarding the optimum organization of the project, drafted by the Association consisting of the companies SC AMEC Foster Wheeler Nuclear RO SRL and AMEC NSS Limited within a consultancy contracted attributed by tender, contract targeting the optimum organization method of the refurbishment project, effective refurbishment project (step two) is structured in three phases: