Bucharest, October 9, 2020 – SN Nuclearelectrica SA expresses its appreciation for the initialization of the Agreement between the Romanian Government and the Government of the Unites States of America regarding the cooperation related to the nuclear-energy projects from Cernavoda and the Romanian civil nuclear sector, on October 9, 2020, in Washington DC.

By reference to the investment projects developed by SNN, the initialization phase of this project mainly aims at expanding the nuclear capacity of Cernavoda nuclear power plant and Unit 1 Refurbishment Project. As well, the Government of United States of America has expressed its interest to explore financial institutions to support the global funding of the projects subject to policies, procedures and decisional independence of these institutions, this financial component being included in the Intergovernmental Agreement.

The initialization phase means reaching an ad referendum (in principle) agreement on the main elements of project development and involved parties. In compliance with the national and European legislation, the Intergovernmental Agreement draft will be sent to the European Commission, as per the provisions of the EURATOM Treaty.

The Intergovernmental Agreement also envisages the support and promotion of the Romanian local industry in the investment projects, therefore it ensures the integrated development of the horizontal industry in order to maintain and increase local capabilities, all the more since the Romanian industry has expertise in the construction of CANDU 6 reactors, the technology used both for current operation and future reactors.

The Intergovernmental Agreement sights out the Romanian civil nuclear program by facilitating the sharing of technical, regulatory, safety and nuclear security expertise and, of course,  strengthening  the security, diversity, operational safety and energy and environmental stability of Romania, objectives also related to SNN’s investment projects, refurbishment of Unit 1 and expansion of  CNE Cernavoda’s capacities.

According to Romania’s Energy Strategy and to the Integrated National Energy and Climate Plan, nuclear energy will play an essential role in reaching Romania’s long term strategic energy objectives as it meets the decarbonisation objectives in terms of maintaining the cost level, the security of supply and the environmental targets by avoiding the release of CO2 emissions. The operation of two CANDU 6 reactors leads to the avoidance of approximately 10 million tons of CO2/year. 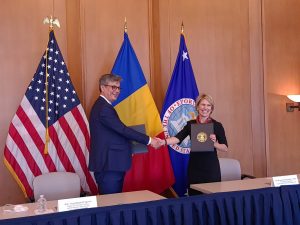 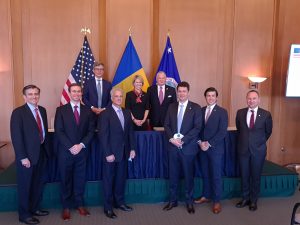