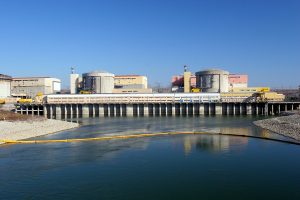 “The latest study carried out by Romatom, the Romanian Atomic Forum, shows that, currently, the Romanian nuclear industry covers 11,000 jobs, and until the completion of the major investment projects of Nuclearelectrica, we will reach approx. 19,000 jobs in the industry. In addition, taking into account the development of small modular reactors in Romania, as well as the supply chain (production of components and assembly) and the formation of future operators for the entire industry, the available jobs will increase significantly.
At the same time, Romania is facing a demographic decline, with loss of highly skilled workforce that chooses career opportunities in other countries. Our “Nucleus of Excellence” approach aims to offer long-term opportunities in Romania to a generation that has the potential to develop a successful career in the nuclear industry, one of the industries with the most ambitious development plans globally, not only in Romania”.-Cosmin Ghita, CEO, SN Nuclearelectrica SA

Nuclearelectrica’s investment projects have an essential role in ensuring Romania’s energy security and in reducing its carbon footprint by generating clean energy, and these require, in conjunction with the development stages until 2031, the selection and recruitment of personnel and its training on the job in order to prepare a new generation of specialists in the nuclear industry.

Thus, in 2021, Nuclearelectrica recruited over 500 people, currently having approx. 2300 employees. For 2022, Nuclearelectrica has proposed, based on its human resources strategy, to recruit a similar number of employees taking into account the current need of personnel and the specific investment projects. The created positions will be available on the company’s website and on various recruitment platforms: e-jobs or linkedin.

“Nucleus of Excellence is addressed to those who want to generate clean energy with us and to contribute together to a sustainable future for tomorrow’s generation. To those who want more than a job, that is an exceptional career in a unique field in Romania, recognized for its international performance. Nuclear power has and will continue to play a key role in ensuring energy security and decarbonisation. We add innovation to the classic reactor fleet: small modular reactors. We need extraordinary young people who can have a career as they dream in Romania.” – Cosmin Ghita, CEO, SN Nuclearelectrica SA

SN Nuclearelectrica SA’s strategy for training a new generation of specialists also includes internship programs, scholarships, dual education. Internal training and career development include special training programs, training internships abroad, exchange of experience, mentoring and succession plan to achieve the professional performance you want. Care for employees is one of the company’s values, so associated with the specifics of the nuclear industry, we offer the best working conditions and motivating packages.
The “Nucleus of Excellence” platform is built on SNN’s “Care for Employees” value and aims to develop career opportunities for both the company’s staff and future employees.

About Nuclearelectrica
The National Company “Nuclearelectrica” S.A. is the national Romanian company producing electricity, heat and nuclear fuel, which operates under the authority of the Romanian Ministry of Energy, the state holding 82.49% of shares and other shareholders, 17.50%, after the listing of the company on the stock exchange in 2013.

Cernavoda NPP Branch operates two CANDU nuclear units, which are two of the most performant units among more than 400 nuclear power plants in the world, a nuclear fuel factory and is in the process of achieving an integrated fuel cycle by acquiring an uranium concentrate processing line to support the company’s long-term investment projects.